A quick look back at how the markets performed in the week gone by;

It wasn’t a particularly good week for the markets full of events. Nifty and Sensex ended the week lower by well over 5%.

The US Fed, Bank of England and Swiss Bank Bank all hiked the interest rates during the week. Interestingly, the Bank of Japan, despite the devaluation of the Yen against the Dollar kept the rates unchanged.

This is how the interest rates look in these countries: Much like Indian indices, major markets around the world, barring Shanghai Composite Index ended the week with heavy losses. Here’s how the major sectoral indices fared in the week ended 17th June. So, what are you looking forward to in the coming week? Share below and join the discussion 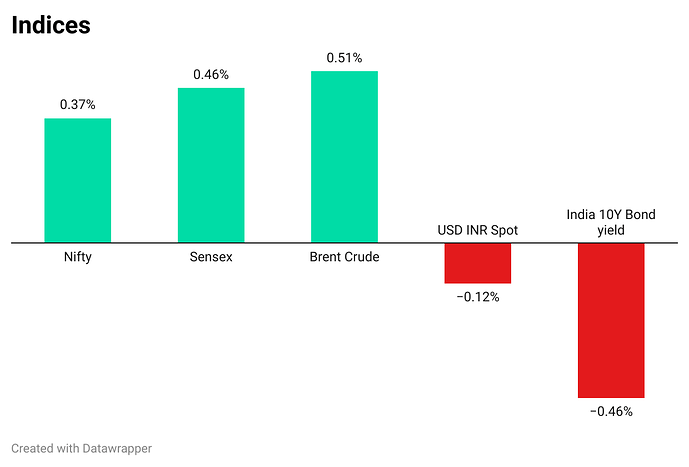 On the sectoral front, majority of sectors ended the day in red, barring Nifty FMCG, IT and Pharma. Nifty Metal index was the top loser, dropping by 3.9%. Other big draggers were, Media (-2.59) and Nifty Bank (2.49%). Pidilite Industries was the top gainer.

Vedanta was the top loser. 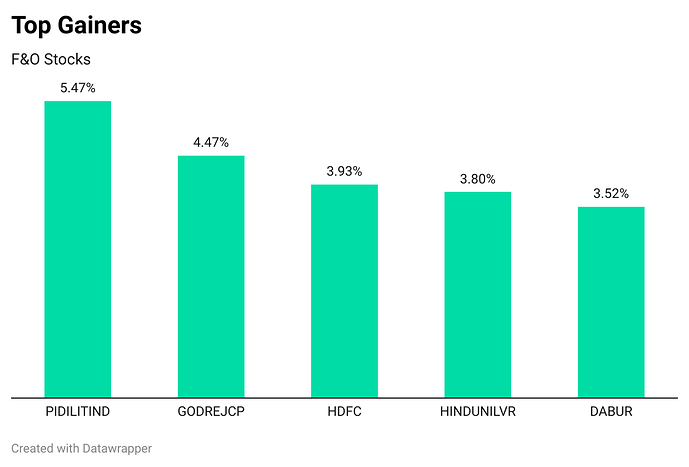 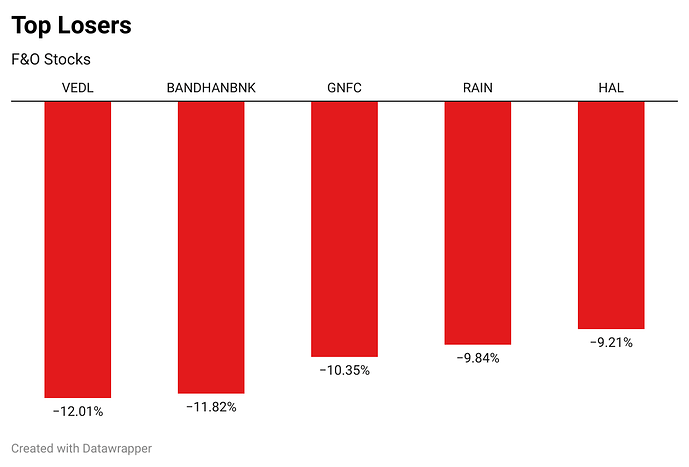 The Board of Vodafone Idea will meet on June 22 to review and approve a proposal for raising Rs. 500 crore. In order to raise funds, one or more Vodafone Entities will receive preferentially issued stock shares or convertible warrants.

Vedanta share price dropped 12% after the company put on sale its copper plant in Tamil Nadu. Vedanta has invited expression of interest for its Tuticorin-based smelter, which has been shut since mid-2018, following a state government order.

Apollo Global Management is in advanced talks with L&T Finance Holdings to acquire real estate loans worth ₹8,000-9,000 crore, as per reports. The L&T Group company is looking to pivot toward the retail segment by pruning its infrastructure and real estate exposure.

China’s crude oil imports from Russia soared 55% from a year earlier to a record level in May, displacing Saudi Arabia as the top supplier, as refiners cashed in on discounted supplies amid sanctions on Moscow over its invasion of Ukraine.

Oil prices wobbled early on Monday as investors refocused on tight supplies, though sentiment was still fragile after 6% slump in the previous session amid concerns about slowing global economic growth and fuel demand.

Nifty and Sensex surged over 1.8% for the day. US futures too are trading higher, signalling a positive opening for US markets. 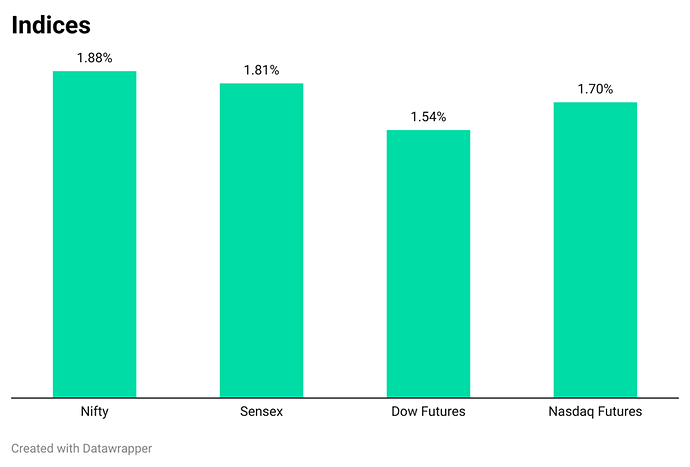 All the major sectoral indices ended the day in the green. IndiaMart was the top gainer.

Page Industries was the top loser. The RBI on June 20, issued a clarification on Prepaid Payment Instruments (PPIs) such as wallets and prepaid cards, saying that non-bank institutions cannot load credit lines into these instruments.

Air India is considering purchasing 300 aircraft to revamp its fleet. The purchase could be one of the largest in commercial aviation history as the former state-run airline looks to overhaul its fleet under the new ownership of the Tata group.

Retail inflation for farm and rural labourers increased to 6.67% and 7% in May, mainly due to higher prices of certain food items. a labour bureau statement said.

Malaysian palm oil futures slid on Tuesday to their lowest since January and extended losses to a fifth straight session, as top palm oil exporter Indonesia boosted exports amid worries around demand in key markets.

With the breakdown in indices, 15750-900 zone which previously acted as a massive support now becomes resistance initially.

commodity prices are cooling down…so news wise we are currently doing okay…only catch is the fall is due to fear of demand destruction globally.

Im a bull in general …so I tend to focus on bullish opportunities.

Benchmark indices were back in red today, giving up most of yesterday’s gains. US futures are trading over a per cent lower. 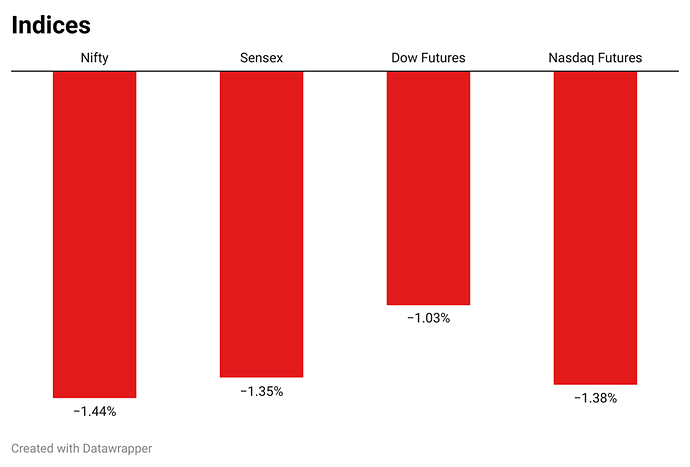 In a stark opposite to yesterday, all the sectoral indices ended the day on the lower side. RBL Bank was the top gainer.

Sun TV was the top loser. 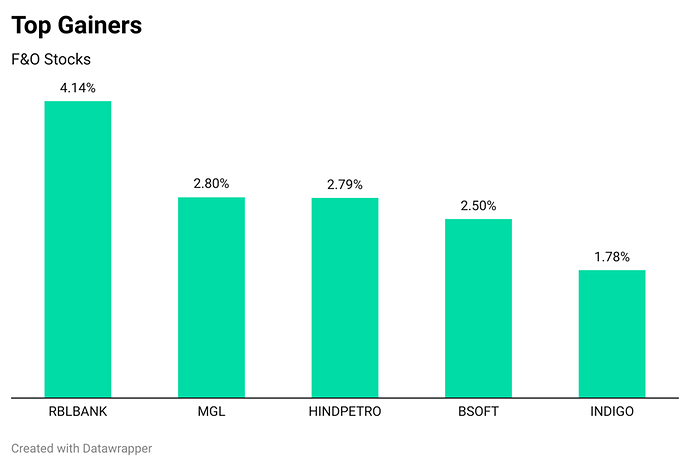 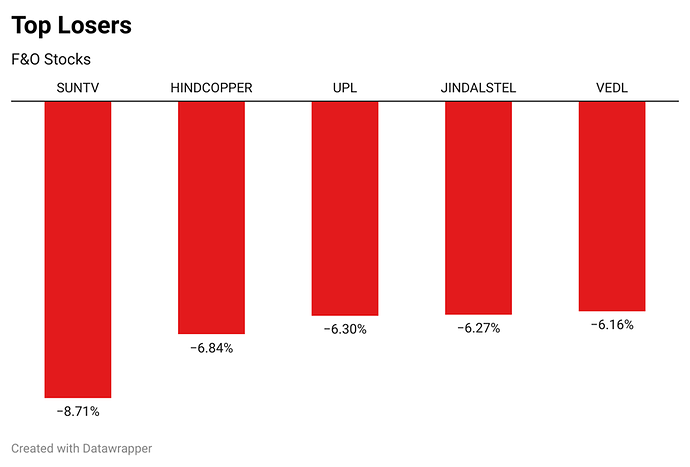 In a big relief for the telecom companies, the Department of Telecommunications has scrapped the 3% floor rate on the spectrum usage charge.

Thyssenkrupp & Tata Steel lost their fight against EU antitrust veto of their proposed joint venture after Europe’s second-highest court rejected their arguments. Companies had sought to tackle over-capacity and other challenges via JV but EU said deal could result in price hikes.

Domestic air passenger traffic jumped to 1.2 crores in May 2022, marking a surge of 11% as compared to the preceding month, as per the data shared by DGCA.

British annual inflation hit a fresh 40-year high. The rate edged higher to 9.1% in May from 9.0% in April, remaining at the highest level since 1982, the Office for National Statistics said in a statement.

Oil prices tumbled on Wednesday amid a push by U.S. President Joe Biden to cut taxes on fuel to cut costs for drivers amid aggravated relations between the White House and the U.S. oil industry.

Benchmark indices finished the volatile session on a positive note, gaining nearly 1% following a mixed trend in the global market. US futures indicate a good start for US markets. 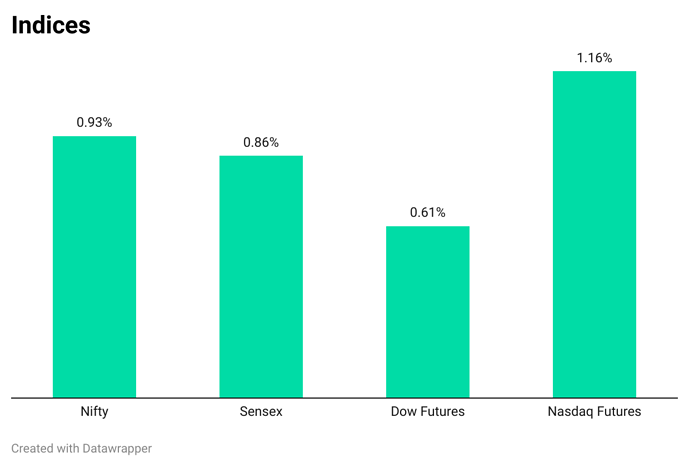 Except for Nifty Energy, all other indices ended the day in the green. Nifty Auto index gained the most, up 4.13%, followed by the Nifty IT and Realty indexes, gaining over 1.8% each. Interglobe Aviation was the top loser. Spandana Sphoorty Financial soared 20% after the company and Ms. Padmaja Reddy resolved their differences and agreed to part ways on amicable terms.

Shares of Maruti Suzuki India (MSIL) hit an over three-month high and other auto companies too surged 4-6% on hopes of margin improvement due to stable commodities prices.

European natural gas prices rose to a one-week high as Germany triggered the second stage of its gas-emergency plan, adding to mounting concerns across the continent over steep cuts in Russian supplies.

Indonesia’s central bank held its benchmark interest rate at a record low again, saying inflation remains manageable as it cemented its place as an outlier on monetary policy. 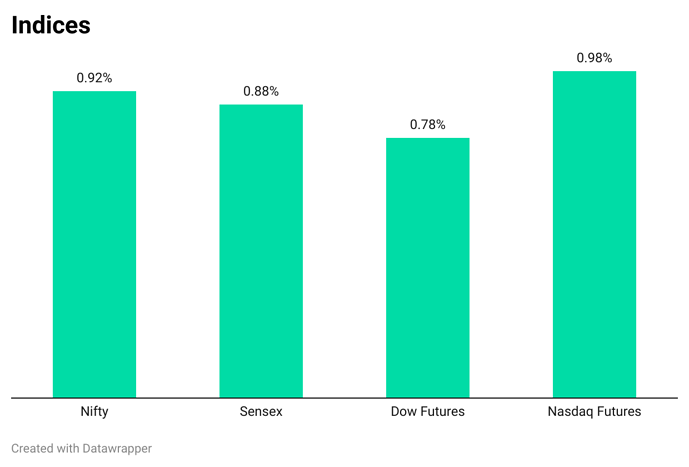 Nifty Media was the top gainer among the sectoral indexes, gaining over 2.54%, followed by Nifty PSU and Auto, both gaining nearly 2%. The only sector to close in the negative was Nifty IT, falling 0.89%. Strides Pharma was the top gainer.

Persistent Systems was the top loser. 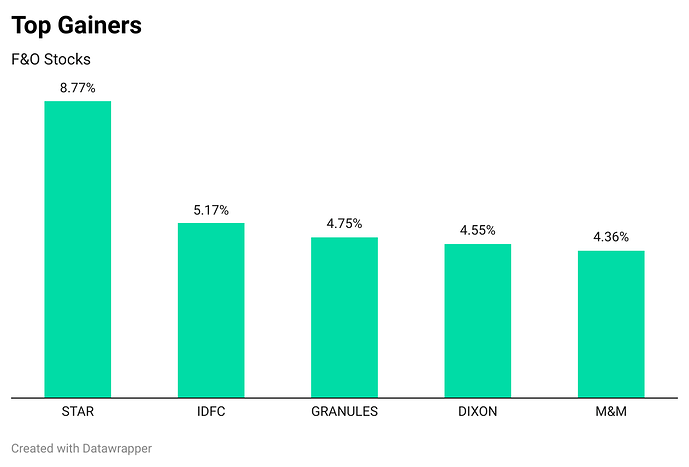 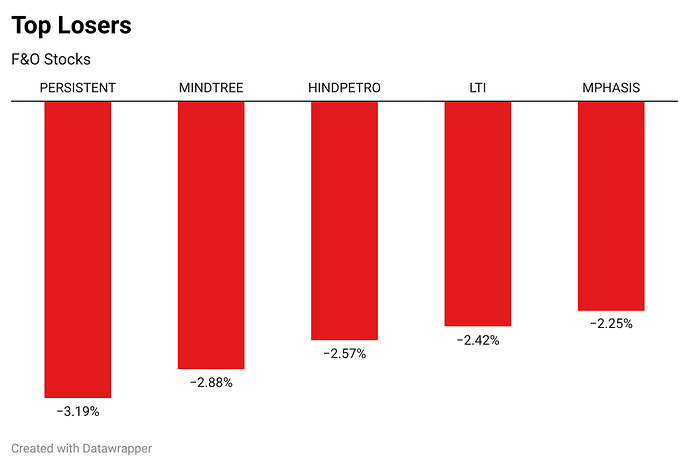 RBI Deputy Governor, Michael D. Patra on Friday said that the Central Bank will not allow “jerky movements” of Rupee and stressed that the Indian currency has witnessed least depreciation in recent times.

Hero MotoCorp surged over 3% after the company announced it will hike prices of motorcycles and scooters by up to Rs. 3000 per unit.

US-based IT major Accenture announced its results for Q3FY22 on Thursday, June 23, beating revenue expectations for the quarter ending May 31. Accenture reported revenues of $16.2 billion, up 22% year-on-year (YoY).