Hello and welcome to the weekly trading diary, a thread for discussing your trades, strategies, ideas, news, stories, etc.

Here’s how the markets performed in the week gone by; What are you looking forward to in the week? Share below and join the discussion

Benchmark indices finished lower for the third consecutive session, falling around 0.8%. US markets too look set for a negative opening. 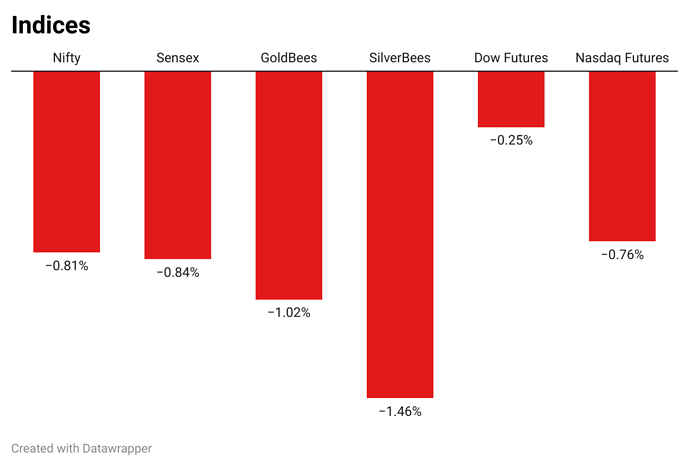 Escorts was the top gainer.

TVS Motors was the top loser. 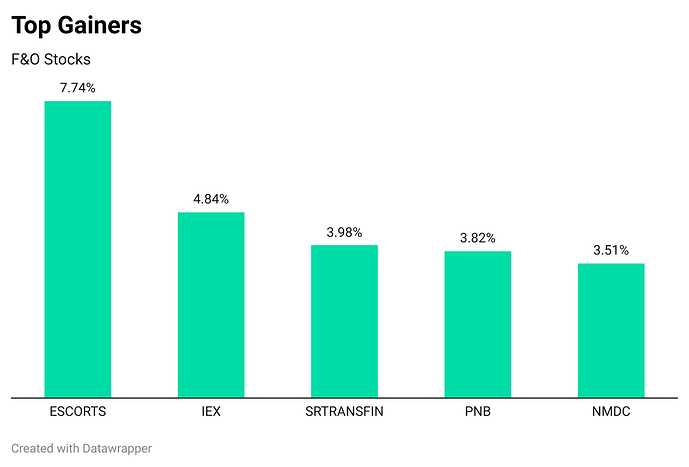 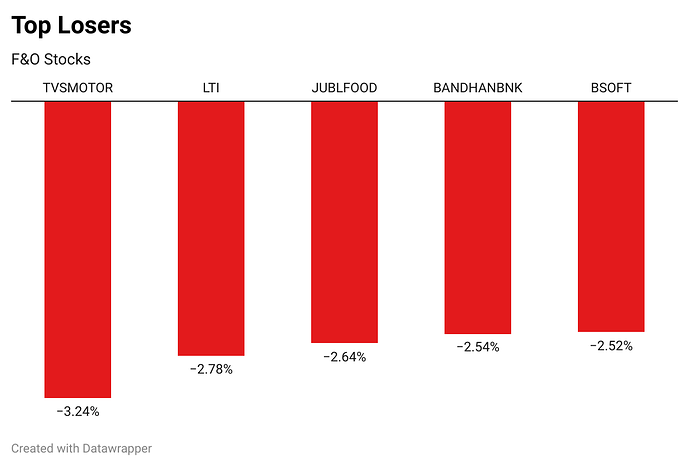 Formal job creation rose by 9.1% year on year in September to 1.68 million, with net enrolment 21.85% higher than the previous fiscal’s monthly average, as economic activity in India increased with the start of the festive season: EPFO data

Essar group announced the completion of its asset monetization programme to effectively become debt free with the sale of captive ports and power assets located in Gujarat and Odisha to ArcelorMittal for nearly Rs, 16,500 crore.

Average housing prices appreciated nearly 5% across eight major cities in the first nine months of this year on account of a rise in input costs and a strong revival in demand: PropTiger

Kabra Extrusion closed at 20% upper circuit after its division Battrixx entered into a partnership with Hero Electric to produce homegrown lithium-ion batteries.

Deepak Fertilisers gained 8.5% after signing a 20-year binding term sheet with Aarti Industries for Nitric acid supply worth over 8,000 crores.

WTI crude and Brent crude touched 2-month lows and fell below 80$ and 80$ per barrel respectively on receding supply fears combined with concerns over fuel demand from China and U.S. dollar strength weighed on prices.

Benchmark indices rose nearly 0.5% to end the day on a positive note, ending a three-session losing streak. US markets look set for a mixed start. 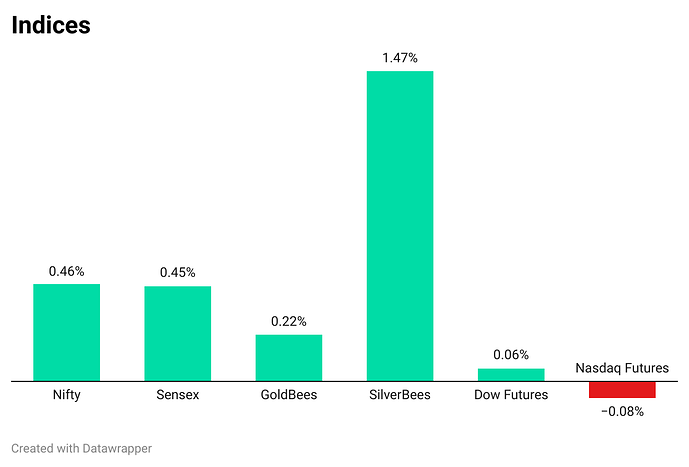 Mahanagar Gas was the top loser. Vedanta announced its third interim dividend of Rs 17.50 per share leading to a total payout of Rs 6,505 crore to shareholders.

Australian PM Anthony Albanese announced the crucial FTA deal to diversify its exports and forge new bilateral trade relations with India wherein, Australia is offering zero-duty access to India for about 96.4% of exports by value from day one.

Benchmark indexes slid from highs but managed to close marginally higher for the day, following a mixed trend in the global market. US markets look set for a muted opening. 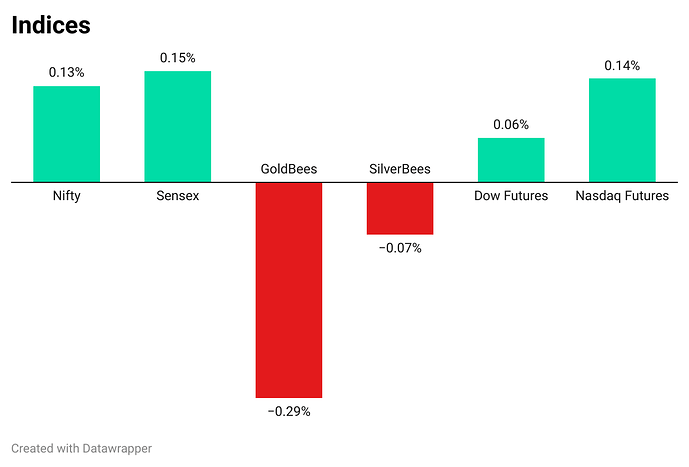 GNFC was the top gainer.

Adani Group was the top loser. 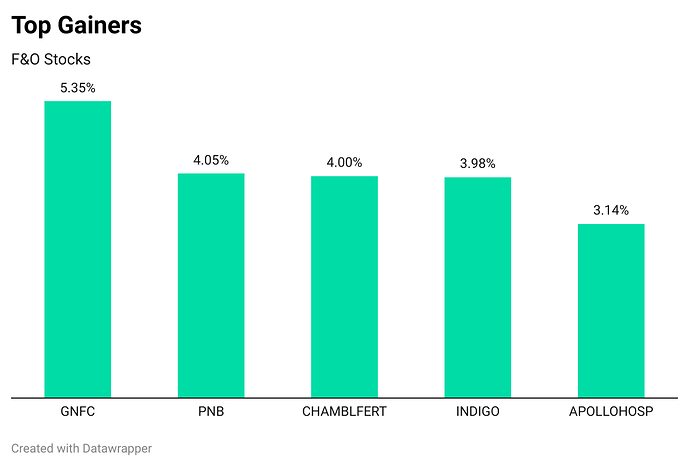 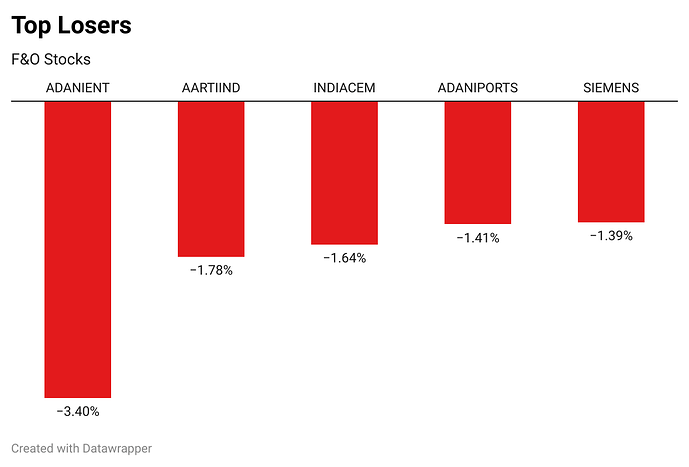 Inox Green Energy makes a weak debut, listing at an 8% discount to the issue price.

Parle Products became the first packaged food company in India to cross the $2 billion market in annual revenue during FY22, according to the company’s filings. Sales at Rs. 16,202 core grew by 9% YoY, while profit fell by 81% to Rs. 256 crore.

The EU is considering capping the price of Russian crude oil at between $65 and $70 per barrel in coordination with the G7 nation: Bloomberg

Chinese smartphone maker Xiaomi announced a 9.7% dip in revenue at 70.17 billion yuan and 59.1% fall in net profit at 2.12 billion yuan due to China’s COVID-19 restrictions and softening consumer demand.

Nifty and Sensex surged over 1%, hitting a new all-time high. US futures indicate a good start for US stocks. 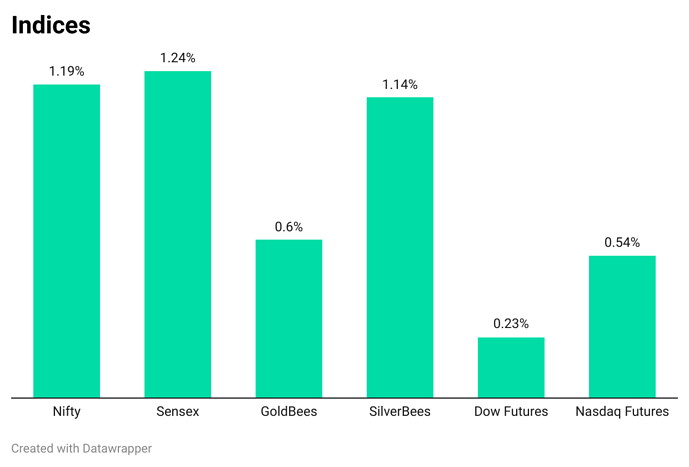 GNFC was the top loser. 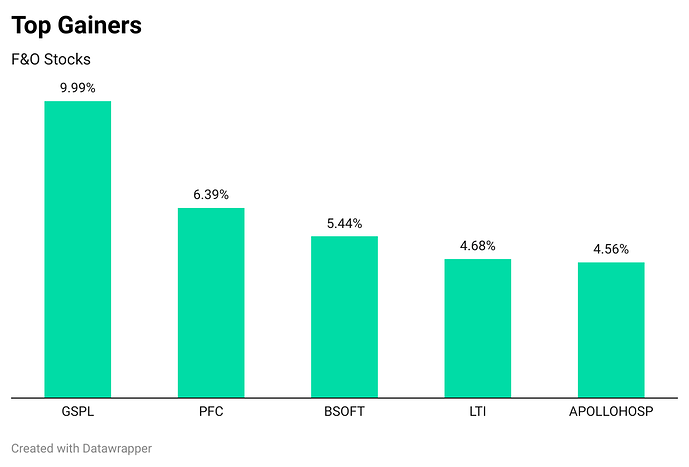 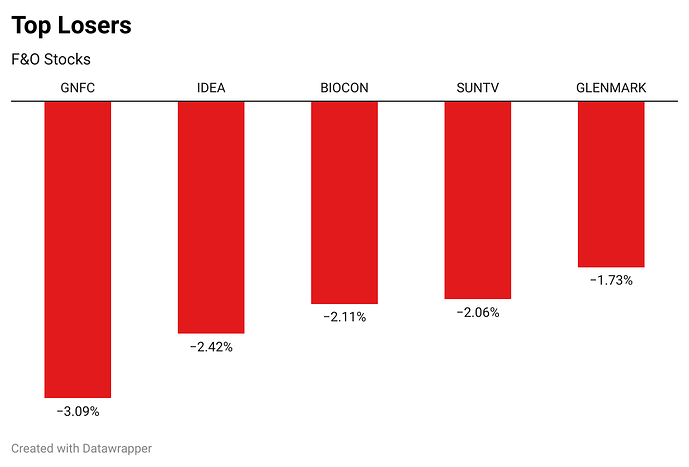 Bisleri, the largest packaged water manufacturer is in talks to sell its business to Tata Consumer Products for around Rs. 6000-7000 crore. Bisleri’s revenue for FY23 is expected to be Rs. 2,500 crore, with a profit of Rs. 220 crore.

ICICI Bank has announced that it will invest Rs. 50,000 as seed capital to acquire 10% of the equity in the joint venture between IOC and Chennai Petro, which will implement a 9 MMTPA refinery in Tamil Nadu.

FDI equity inflows into India fell by 14% to $26.9 billion during the first half of the current fiscal year, according to figures from the Department for Promotion of Industry and Internal Trade, while overall FDI inflows fell by 9.1% to $38.9 billion.

China’s covid difficulties continue, with the government reporting the greatest number of daily COVID-19 cases at 31,444 on November 23rd since the pandemic began.

Benchmark indices rose from the day’s low to close slightly higher in a volatile session, hitting a new high. US markets look set for a mixed opening. 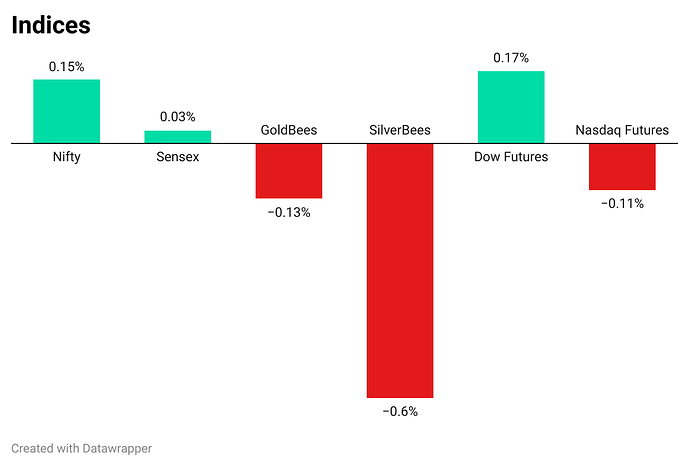 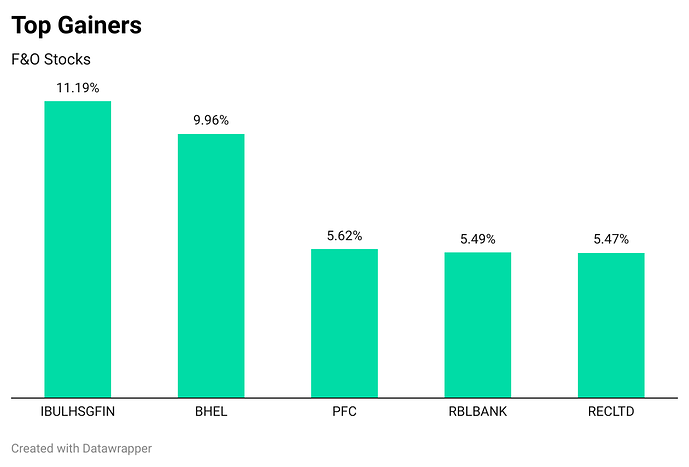 As per the company’s announcement, Adani Enterprises will be raising Rs. 20,000 crores through a follow-on public offer, pending approval of the shareholders

As per the data from the National Statistical Office, India’s unemployment rate for people aged 15 years and above in urban areas eased to 7.2% from 9.8% YoY for the quarter ending September 30.

Castrol India announced the acquisition of a 7.09% stake for Rs. 487.5 crores in TVS Automobile Solutions’ digital subsidiary Ki Mobility Solution as the company aims to expand its presence in service and maintenance for both the internal combustion engine and electric vehicles.

Shares of PNB hit a 21-month high as the stock surged 5% on receiving the government’s approval to divest its entire stake in UTI Asset Management Company.

From December 5th, the Chinese central bank will be cutting the required reserve ratio (RRR) by 0.25% for the first time since April it releases liquidity of CNY 500 billion to lend out to the economy struggling with covid related restrictions and housing credit issues.