One of the most important parameters that an Investor should look into while Investing in any company is the health and quality of Corporate Governance.

Let’s use this thread to share any instances of corporate governance lapses or issues which can act as a red-flag before/after investing :

Disclaimer : No company mentioned in the thread is a recommendation to sell. The final decision has to be taken by the investor taking into consideration all the factors.

Those banned by Sebi include Udit Todi, the son of the managing director of Lux, and is currently holding the post of executive director in the company Sebi has banned executive director Udit Todi, who is also the son of the company’s managing director

For me the most important factor that could drive a business up or down are the people who run the business. As we cannot really create a number to represent the quality of people in the business its very hard to appropriately attach a future value to the business. This is especially so with non - Blue chip stocks and retail segment who cannot have an up close peek in to the people in a business.

A great team of people can take an ordinary idea and turn it into a great business and a lousy team can take a wonderful idea and then crash the business. Its almost always about the people in business.

Forensic Audit order dated 16th Sept, 2021 in BCG by SEBI. It is filed to the exchanges today after 5 months.

As long as people think that the stock market is an easy place to make money, there will always be people to exploit that greed. One of the most common scams in the market are pump and dumps. Shady characters pick stock that have less number of outstanding shares (low float). They start sending SMS’, create WhatsApp and Telegram groups, and pay “influencers” to pump the price on social media. Once the price starts moving up, they dump the shares they hold. It’s one of the oldest tricks in the b…

Please make a note of guys who recommended this stock. Its a nice exercise in my opinion to filter out advisors who arent that genuine (gets paid) for posting stuff like this.

I consider SEBI equally responsible in this case.
When SEBI ordered forensic audit, they should have informed stock exchanges too about it. SEBI didn’t inform exchanges and company conveniently forgot to inform 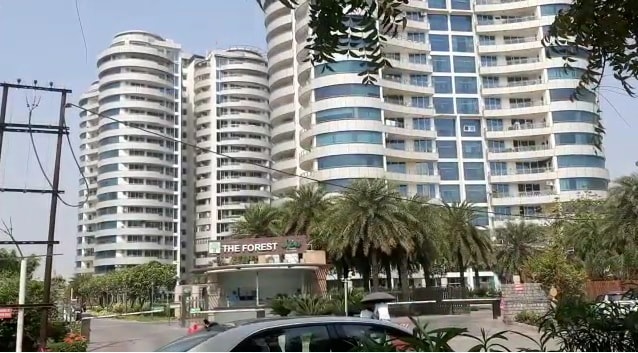 The I-T department has said 11 lockers have been placed under restraint and further investigations are in progress.

IT dept detects Rs 3,000-cr worth cash transactions after raids on Omaxe group

The key employees and business heads of various projects have stated the modus operandi of the group and have "admitted" that the group has generated unaccounted income by accepting 'on-money' (cash) "unaccounted" cash from its customers which have...

Looks like some of the finfluencers were offered to write a thread on this for money. Aditya Kondawar, as im following him from couple of years is a genuine guy.

@aditya_kondawar
🚨🚨Got a message to write a thread on Asian granito rights issue in exchange of money. Was told to give subscribe rating and write positive points🚨🚨 As always said no. Beware investors! If u see a thread on their rights issue, you know who has been sold for money.

Do check this tweet out by Abhishek Murarka as well. Looks like there were issues in the past as well.

@abhymurarka
@aditya_kondawar Good thing! The mgmt here often pumps stock before a fund raise. Happened in 2019 as well. Also the promoter MD was arrested in 2018 by Revenue Intelligence for some leakages. #AsianGranito
2 Likes
neha1101 April 24, 2022, 8:24am #9

I can understand promoters doing unethical things. What i still do not understand is what was the board or directors of erstwhile yes bank doing when rana kapoor was doing all the fraudulent things.

Aren’t these guys equally responsible for the downfall. Never saw any enquiry been done on the other members other than rana kapoor.

It is just not possible for one man to do fraud and bring down a bank. The board should be questioned as well.

I was listening to saurabh mukerjea of marcellus. It seems according to him there are only handful of companies who operate their business on a clean slate in India.

My real time experience was with vedanta, how this one man who held just 50.5 percent in a company tried to delist the same. The things the group did to downcast the financials. What is even more nauseatic is the way press still considers the promoter as one of the greats.

Glad got out of it without losses.

On one hand everyone says its a crime to put money in fixed deposit and equities is the only way out. But its a mine field out here. Here’s a post on this same by alpha ideas :

What happend to Hero Motocorp Income Tax Fraud of 1000 Crore.

How can I get a follow up on this case without filing RTI or something like that.

Zacobite - This was the non existent substance that Urja global promised to supply to a Japanese company Nippon Shinyaku Co Ltd.

Stock did more than 25x and after couple of years, market gets to know there’s no such thing SEBI vs Urja Global: The strange case of a non-existent element and a market...

Most of us may be familiar with the fictitious kryptonite, described as ‘an alien mineral that has the property of depriving Superman of his powers.’ And then came ‘Zacobite,’ a non-existent chemical element that an Indian company, Urja Global,... The directions are part of a 56-page order passed by the watchdog on Friday about the matter back in March 2021. Sebi, which carried out an examination for the period from April 2018 to August 2019, found alleged lapses, including making an...

People forget news quite easily. Also never judge a book by the cover.

Zacobite - wow - This is funny.

Had a good laugh, the company trying to sell Zacobite a non existent thing.