Everything You Need to Know About Burger King India IPO

The globally recognized Burger King brand was founded in 1954 in the United States and is owned by Burger King Corporation, a subsidiary of Restaurant Brands International Inc., which holds a portfolio of fast-food brands that are recognized around the world that include brands such as the Burger King, Popeyes, and Tim Hortons. The Burger King brand is the second-largest fast-food burger brand globally as measured by the total number of restaurants, with a global network of 18,675 restaurants in more than 100 countries and U.S. territories as of September 30, 2020.

Burger King is one of the five international Quick Serving Restaurants in India with 261 outlets across 57 cities.

The historical growth of chain QSR segment has primarily been driven by international brands such as Domino’s Pizza, McDonald’s, Burger King, KFC and Subway, which combined account for approximately 44% of the total chain outlets in India as of Fiscal 2020.

The public offer comprises fresh issuance of equity shares worth Rs. 540 crores and an Offer for Sale of 6 crore equity shares from promoters. You can read the IPO Prospectus filed by the company for more information.

How do I apply for the Burger King IPO?

You can apply for the Burger King IPO using any supported UPI app by following two steps:

On acceptance of the mandate, the bid amount will get blocked in your bank account. Click here to learn more. 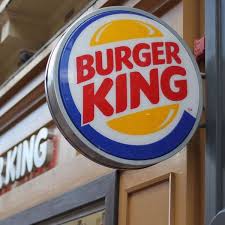 Is Burger King IPO good for investing in long term or is use for only IPO gain in short term or your any other view about this IPO. Please comment.

For detailed information about the company and it’s future prospects, you can refer to the IPO Prospectus filed by the company.

for listing gains this does look good option, i think retail investors will be eager to jump on this as they missed out on gland pharma… news sources are quoting good grey market premium as well so if you get allotment there can be profits from listing gains… for long term you should do more research and take a call.

I have applied for this ipo today through console and used google pay upi id ( @okhdfcbank ), but i haven’t received the mandate for blocking the bid amount… Am I the only one facing this problem?

This can happen due to issues at bank or UPI app end. If you haven’t received the UPI mandate you can write to NPCI at [email protected] with your application number.

Alternatively, you can also cancel your application and make a new application.

hello, i m new to stock trading. want to know if burger king ipo is good to invest or not.
please help in decision.

i m new to stock trading. want to know if burger king ipo is good to invest or not.
please help in decision.

Hi Nikki, it is always best to do your own research and analysis and make an informed decision, rather than relying on others views.

To know more about Burger King, you can refer to the IPO Prospectus, you will get all the information you need about the company and industry.

I’d also like to suggest you to go through Varsity to learn about all things related to Stock Markets, this will surely help you a lot.

Thank you. Self research is always good. But it will need time to build knowledge, so asking.
I read article on finshot, but it was not very positive … it talked about same store growth rate and there were still questions about its model.

So want to see some more points (different opinion).

Hi at Zerodha!
On December 2, I had bid for the Burger King IPO and I made the payment yesterday that is on December 3 in the morning(around 4 am) using Google Pay. The transaction was successful but the problem is it’s showing “Processing” and in the Zerodha Console, the status is showing “Request Accepted By Sponsor Bank” and under Amount Blocked section, it’s showing “None”. Also, I haven’t received any message from my DBS bank regarding the blocking of money. I don’t know what to do because I had the same worst experience with the Gland Pharma IPO where I had accepted the mandate but at the end of 4th day from start date, it showed that I had rejected the block request.
What should I do now?

Console displays the UPI status last received from the exchange. This status is likely to get updated as the banks reconcile their records with the exchange. The exchange will share their file with the RTA at the end of the issue and the RTA will check if the amounts are blocked using the bank’s file to do the final reconciliation before allotment.

Also, I haven’t received any message from my DBS bank regarding the blocking of money.

This can be issue with bank’s end, you can confirm by checking your bank statement once to check whether funds have been blocked or not.

Applied for burgerking ipo and the mandate request is still in progress state at Google pay.
What should I do

Applied for burgerking ipo and the mandate request is still in progress state at Google pay.
What should I do

If you accepted the mandate and funds have been blocked then the bank, NPCI, and the exchange run a 3-way reconciliation to check for successful applications and fund blocks. If your block status is not updated at the UPI app level or exchange level, the RTA may still consider your application since your funds are successfully blocked with the bank.

The amount has not been blocked yet.

The amount has not been blocked yet.

Can be issue on side of UPI app or Bank end, maybe you should get in touch with them.

I was trying to applying for BK ipo but after applying, i didn’t get mandate on my gpay.
Didn’t 2 or 3time but did not get it.
When I was applying a saw my upi id was already verified.
I am confuse rn whether my application is successful or not?

When I was applying a saw my upi id was already verified.

This means UPI ID which you have entered is valid UPI ID.

I am confuse rn whether my application is successful or not?

Your application is not successful until you accept the mandate.

And today was the last day and I did not get the mandate.