A very interesting read on Robinhood no commission trading company and the dark side of this business.

Have a pair of gangly Stanford grads built the perfect mousetrap?

Your views are appreciated.

interesting… but this order flow selling is age old practice in us markets, right?

A very interesting read on Robinhood no commission trading company and the dark side of this business.

Had written this sometime back

The race to Zero – Can the Indian brokerage industry survive? – Z-Connect by...

October 1st, 2019 was quite eventful for the brokerage industry. In the US, Interactive Brokers introduced a“Lite” plan with no commissions, followed by Schwab, TD Ameritrade, E-Trade, and more. These firms were charging up to $7 per trade. Stock...

Robinhood no commission trading company and the dark side of this business.

Not sure why it is called dark side, everybody knowns that order flow is sold. Also one can place limit orders to avoid any little slippage, even market orders should be traded within some range called NBBO, more on it here.

Robinhood is not a NGO for non profit to provide everything for free, as a company it has to make profits. It helped many small people to get access to markets at cheaper costs, it changed the industry, improved the tech side of industry and many more. Keeping aside if it is ethical or not to sell order flow it is not against law in US so I don’t know what is wrong here.

Traders should realize they are at fault if they make a loss by trading then only they can grow to be better traders instead trying to put their inefficiency on some one else, Robinhood in this case because they are selling order flow.
Also negative news sells more than positive news, I don’t know a single financial company or energy/ pharma/agri/defense company which has made it big without any negative news around it at some point .

Yes of course. This is a commonplace in the US brokerage markets. Banks even fund their leverage in return for the order flow data. Capitalism at its best

can we get a dark Trading Q&A area where we could go full retards like Wallstreetbets with memes and Sh** posts ?

No please. That place is a dumpster fire.

Exactly ! But have you seen the returns of some of those retard moves. That forum is basically MURICA in a nut shell and why US will continue to be the Super Power that they are.

They are making that money on options basically and their options market is much more liquid than ours. In India, only current month contracts are liquid but over there other months’ contracts are liquid too(I guess so at least) because of the fact that they don’t have single stock futures. They have got only options as single stock derivatives. Anyway, you should not get swayed by those kind of returns.

Who says I am getting swayed. But that sub is too much fun to miss out. Its the fun part I am talking about. I wish we in India also have forums like that to get a laugh at least. That’s why I highlighted the ( Retarded) portion. Have you seen the “GUH” video.

I understand your point. But the question is would you be willing to play a game that you know is already rigged that you will never win? Now it depends on your taste. If you are playing for the fun or the sake of it you wouldn’t really care about it but if a part of your life depends on it? So coming to the markets, it is important that the everyone who is participating in the markets is participating on the fair grounds i.e. everyone has equal risk of making and losing money to ensure fairness in the markets. The moment that someone has an undue edge over others it no longer becomes a fair play.
when order flow is sold, these banks usually profit off small moves that are as small as $0.01. Sometimes, there’s a lot of manipulation by trading against the order flow for big volume orders. These banks collectively make profits off in billions of dollars every year we’re not talking about 1 or 2 it’s in 10s of billions of dollars with the least amount of efforts and risk.

Robinhood is not a NGO for non profit to provide everything for free, as a company it has to make profits.

Yes every company has a right to make profits I have nothing against that but at the expense of exploitation of people? I wouldn’t really appreciate that like any other sane person. It is not some conspiracy theory that Apple Inc, has been using child labourers and terrible working conditions in order to “to make the best products on earth, and to leave the world better than we found it." Quite Ironical Indeed.

It helped many small people to get access to markets at cheaper costs, it changed the industry, improved the tech side of industry and many more.

That’s the narrative their PR agency wants you to believe because of course it’s ‘Robin Hood’. Let’s believe Yes they have but like I said at the expense of exploitation of people? how so? as mentioned in the article

A free platform that keeps a sea of customers engaged with a hyper-stimulating user experience, while making money selling intelligence about those customers’ behaviours to expert wealth extractors on the other end.

Couldn’t have said it any better. In fact, banks are willing to pay them more for the Robinhood’s users’ data because they are considered ‘Dumb money’. Easier to profit off from.

Keeping aside if it is ethical or not to sell order flow it is not against law in US so I don’t know what is wrong here.

It’s quite funny that you are basing the principle morality of what is right and wrong just based on the legality of something. Just so you don’t know, In 1960s in the US it was legal to sterilise intellectually challenged people.

It’s not about traders making a profit or loss. The articles mostly addresses the exploitation and non-transparency of the business practices inside the industry in order to profit off from people’s naivety and credulity of making some money. I am not exactly against capitalism but there needs to be a check on how businesses conduct their activity.

Well, it’s a sub reddit. You can make one of your own if you want to. 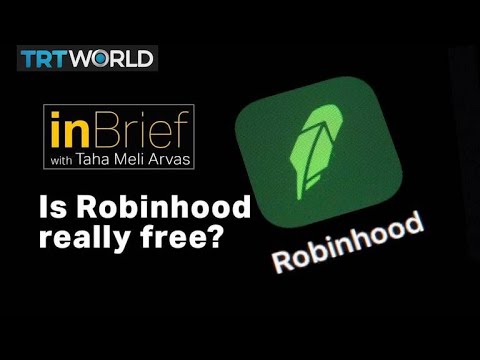 Everything is priced in😁

Robinhood’s latest financials, the stock is below the IPO price in after market hours trading. The financials make for an interesting read.

Shares of Robinhood were down 8.77% at $36.10 following the release of the results, below the $38 they were priced at in the Menlo Park, California-based company's July IPO and well below the $85 they hit in August.

This is the problem when the world is factoring in the best case outcome for any business. Small dips can create huge volatility in stock price.

The Menlo Park, Calif., discount broker needs to put client interests first while making them feel like it's flouting authority

The stock is 30% below the IPO price now.