Trading mistakes and lessons from Abid

Abid from @Sensibull takes us through a few case studies as examples of what mistakes he made over a period of time when trading. Considering the current market volatility, we thought all of you needed to read this thread on trading mistakes. Links to Youtube videos:

Abid discusses his first job, where his boss gave him Rs.10 Cr to trade in inter-bank lots. He was able to trade 2 bond lots (one bond is Rs.5 Cr). Abid ends up losing Rs.1L on this trade. When Abid is nervous that his boss would fire him, his boss comes and tell him that he knew that he lost money, and almost every fresher does it. This is because of not having a stop loss.

Not adding a stop loss. Though you might have a stop-loss price in your mind, it is quintessential to add it in your trading terminal

Abid goes on to narrate one of the trading mistakes he made where he nearly went bankrupt. This was when S&P downgraded USA back in 2011. He says that it was probably the “stupidest trading mistake” he’s made. Abid entered a short position in Nifty 5 days before the downgrade and was making a decent profit. He exited the position one day before the S&P downgrade. When news broke about S&P downgrading USA from AAA to AA, Abid felt he’d lost a chance. Abid lost his calm and jumped into a trade. He shorted a position after markets opened a 3 percent gap down. With a hilarious DDLJ example, he explains how it is dangerous to jump onto such trades.

When you’re young, you can afford to make mistakes. Most of your earnings are ahead of you, so it’s slightly better to risk it at this point than go on to make these mistakes at a later stage in your life. If you’re new to markets irrespective of your age, check out the video series on Varsity. Give us some love on Youtube

Abid narrates a story about his friend in this instance to highlight another trading mistake. His friend lost quite a bit in margin shortfall penalties and didn’t know how he ended up paying a lot of money on penalties.

Mind you, if there are more than 5 instances of short collection in a calendar month, then the penalty is charged at the rate of 5% for every further instance of the shortfall.

Abid explains why even option buyers can be affected by this. He cites an example.

We’ve always been transparent on penalties, and we try to educate traders as much as possible on this. Check What is margin penalty and how does it work?

A long while ago, Abid mentions that he used to trade single stock options. He never paid attention to the bid-offer spread. The instinct that said let’s jump into the trade before it’s too late, the market is about to move gets the better of us sometimes. You might think there’s a sure-shot profit on this trade, what difference will 20 paise make? At the time, it is rationally acceptable to maybe think like this.

However, the market is not that easy. It doesn’t really move the way we need it to that often. If you’re wrong, you get a better price on the trade which you were wrong about. The advice is to let the trade go, and not hop again. Illiquid single options can be highly dangerous. It might look small, but the potential wealth destruction is unimaginable on this. A few examples are cited on the video to get a better understanding.

Abid takes us on a journey on currency trades back in 2011. The setup is USDINR’s price being played out when it was at 44. Almost everyone had started shorting at <50. Abid explains the reason for the trade being the up move of 10%, and a lot of other speculations. The speculation for shorting eventually kept going up and stopped at 69.

Abid narrates a story where he went on a business trip to Mumbai and how it all started. He explains that he hadn’t slept well the previous night, was not feeling well, and wasn’t in the best of mind frames.

The trade he took was a short in TATASTEEL for two lots and lost around Rs.1.5 lakhs. This was because of an event; TATASTEEL was to announce results. Abid had shorted TATASTEEL from its all-time high.

In the last case study, Abid explains his infamous SBIN trade where he lost Rs.5 Lakh.

Abid shorted SBIN before Diwali and had some futures. His M2M was decent. On 24th October 2017, the finance minister announced that there would be some news after the market closes. There was a 3% up move after this. From one lot, Abid went to short two more. The stock was up 30% the next day.

Btw, on a personal note, I recommend you to read the Innerworth series on Varsity. It is a collection of newsletters on trading psychology. Reach out to us in the comments section. We’re trying to help traders trade better, and make better decisions all through our verticals.

What all trading mistakes have you made that you wish you hadn’t? Any advise for your fellow traders?

know the rules before playing the game 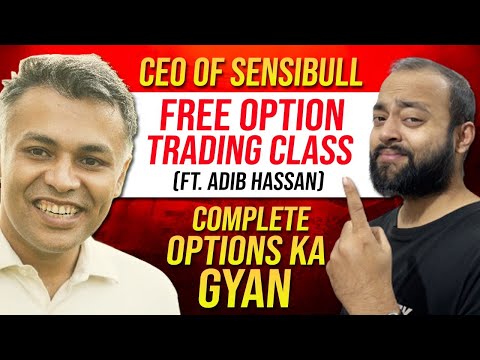 This one is my favourite from Abid, see the trailing parts of the video. He talks about guys who didn’t know much but used to make money from the market. Black scholes, greeks are good for intellectual pursuits. But to trade and make money those aren’t needed.

I have captured my journey here.

He talks about guys who didn’t know much but used to make money from the market. Black scholes, greeks are good for intellectual pursuits. But to trade and make money those aren’t needed.

even I liked that part.