Financial markets including crypto have been quite chaotic over the past few weeks. But the big story has been the death spiral of a cryptocurrency called Luna which backs the TerraUSD (UST) stablecoin. UST was the third-largest stablecoin with more than $18 billion invested in it, but now it’s pretty much zero.

Stablecoins are a form of cryptocurrency whose value is pegged to another currency, commodity, or financial instrument. They are used as a store of value in the crypto ecosystem because, cryptos are volatile and if you are a trader without positions, you cannot hold Bitcoin or Ethereum. Think of them as liquid funds for crypto.

The most popular stablecoins, USDC and USDT are backed by dollars and bonds. UST on the other hand is an algorithmic stablecoin and isn’t backed by any assets. It relies on algorithms and financial engineering to maintain a 1 is to 1 value to the dollar by constantly adjusting the supply of Luna (native token) and UST.

The meltdown was triggered when UST de-pegged, i.e., started trading below 1 dollar. Think of it as Liquidbees trading below Rs 1000. Stablecoins are supposed to maintain a value of $1 and the UST deviated from this. The way UST works is, it relied on an arbitrage mechanism to maintain its stability.

But all this would only work if Luna was worth something. The value of Luna depends on people wanting to use UST. Because the way you mint new UST is by destroying Luna and as the supply of Luna decreases its price rises, creating a supply of value to be used to shore-up UST. The moment people decide that they think both Luna and UST are not worth anything, the whole thing collapses. This is what we are seeing with Luna and UST. This article dives into the complex web of UST - LUNA

Terra: To the Moon and Back

Jon Wu on What's Happening With Terra-Luna, UST, and the Broken Peg

The ripples of the UST blow-up were felt by Tether as well, also known as USDT, drifted away from its peg to as low as $0.95 before recovering again. USDT is the world’s largest stablecoin with a marketcap of around $83 billion, about 50% of the market share.

And Tether losing its peg against the dollar for a sustained period can have a destabilizing impact not only on the crypto market but on traditional financial markets as well. As this Financial Times article notes:

As people rushed to redeem their tethers for dollars, the stablecoin’s backers would have to sell the traditional assets they claim to hold in order to pay up. The flood of selling could disrupt major traditional markets, such as those for short-term corporate debt or government bonds.

Central bankers around the world are wary that the impact of a collapse of a stablecoin could spread into traditional financial markets. Earlier this week US Treasury secretary Janet Yellen warned that Terra’s falling value illustrated that stablecoins were “a rapidly growing product and there are rapidly growing risks”.

The Psychological Pitfalls of a Market Cycle This is a nice illustration by Visual Capitalist on the psychological pitfalls of a market cycle:

When making investment decisions, investors have a wide variety of tools at their disposal. Fundamental analysis can be used to estimate a stock’s intrinsic value. Technical analysis, on the other hand, requires an investor to analyze price movements to identify trends. While these tools can form the basis of a sound investment thesis, their effectiveness is limited by one’s emotions. Allowing emotions to dictate decisions is a common mistake made by many investors, yet they may not even realize it.

Similar to how markets move in a series of patterns and cycles, the behavior of the investor herd tends to follow a continuous “sentiment cycle.” 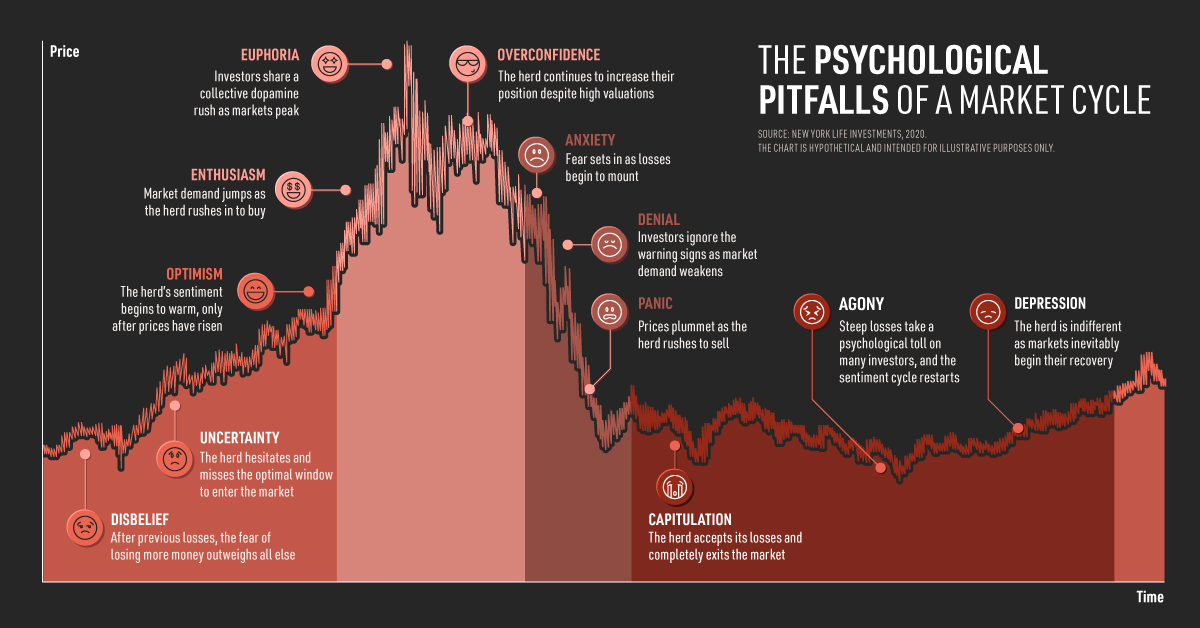 The Psychological Pitfalls of a Market Cycle

Market cycles can often send investors on an emotional roller coaster. We illustrate the herd mentality with this chart on investor sentiment.

New Way to Afford What You Can’t.

Fancy lifestyle influencers on social media are leading an entire generation of young people to
spend money on items like luxury apparel, shoes, mobiles, and so on, and ultimately pushing them into debt.

The way these youngsters are paying for stuff is through credit. But this new form of credit is called Buy Now, Pay Later (BNPL). This is like credit without the card. Many people think that the new iPhone or Omega watches are simple to obtain, and they are paying for it through short-term loans via BNPL.

The BNPL transaction is similar to a credit card transaction, you will be slapped with significant interest and other fees for missing the payments. On your CIBIL, there will be a record of your eligibility limit as well as payment behavior.

A simple piece of advice is to stop pretending to be someone you’re not. Don’t be misled by social media. Adopting this type of behavior may eventually lead to anybody purchasing needless items and falling into debt without realizing it, causing you to lose your financial freedom.

Using BNPL to pay for fuel is one of the bizarre purchases allowed and evolved from consumer items to everyday spending in other countries. Check out this interesting SFGate article on Buy now, pay later. 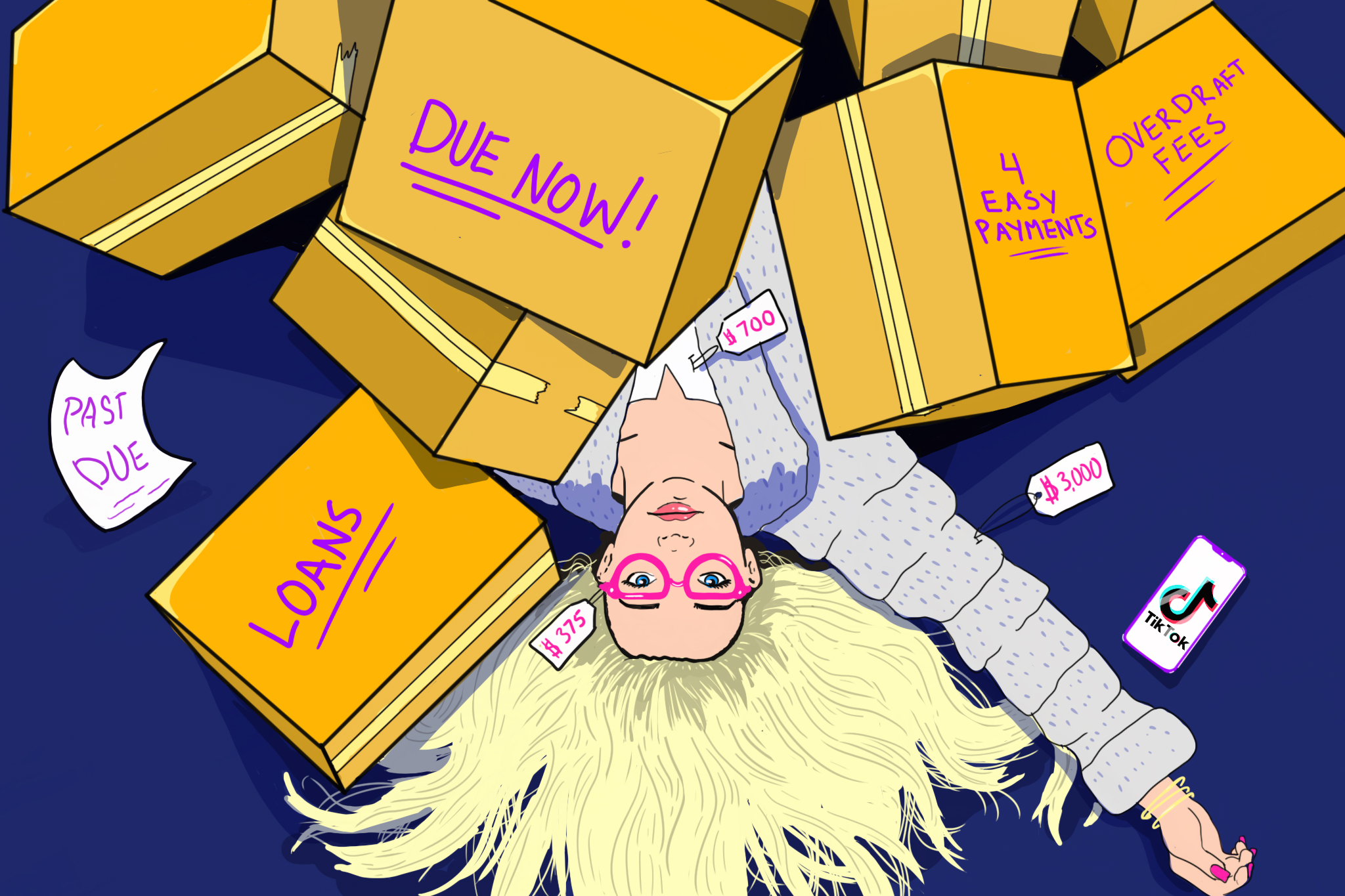 The more you look into an app, the more the data, the more money, and the more relevant offerings there are. It’s a circle; has no ends. This is called the attention economy. This paper talks about Meta, which is one of the biggest businesses on the planet right now. How Meta is turning people to move away from the tangible reality into a virtual bizarro world is absolutely insane. 98% of Meta’s revenues are from ads.

Consumers or users of the app are no less. They’ve used this platform to turn themselves into some sort of version of their own, be it real or fake. It gives teenagers an opportunity to become influencers and enablers who have an immense impact on a larger section of society. No one cares about celebrities and politicians in real life as much as their presence on social media in particular. Part of why all this is such a huge success and an unalienable part of our lives is the power of the virtuality that it puts in our hands. No one really cares about just the media anymore. There is an umpteen number of opportunities without any pressure of a viable platform to display one’s talents, skills, opinions, or even liabilities.

So how is this balanced out?

Well, it does have an enormous impact on how we as basic human beings are structured.
For one, it does reduce a ton of focus and concerns about the current physical connections and relatability around us.

The second is intelligence. It is the ability to hold two opposing thoughts in your head concurrently. That’s healthy, yep. What happens on Twitter? No matter how much you convince yourself, you’re always biased towards something, and incline yourself into something that you believe in. You negate any opposing thought that climbs up, which is dangerously close to irrationality.

This article metaphors a peripheral vision into this thought. What are the other things we need to be looking into? WMDs | No Mercy / No Malice

The element fueling economic growth is not a rare earth metal, processing power, or NFTs: It’s attention. The average American spends 11 hours per day consuming media, 65% of their waking life. Roughly 40% of that time is spent on a mobile device....

Private equity (PE) is a pooled investment vehicle, similar to mutual funds. Private equity firms invest in a range of listed and unlisted debt and equity assets. One of the popular PE strategy is called a leveraged buyout. A PE firm like KKR acquires a poorly performing company and delists from the stock exchange (takes it private). They then work with the management of the company or change the management to improve the performance and relist the company again at a higher valuation and the difference is the profit. Similarly, they follow multiple other strategies like distressed debt for example—they buy bonds of companies and countries that are about to default or have defaulted and then try to recover the money.

Privet equity has grown tremendously with trillions in assets and free capital that is yet to be deployed. Given the low-interest rates and low bond yields around the world, there has been hunt for yield. Large investors like sovereign funds, pensions, and endowments have increased their allocations to private equity substantially. But all this new money that PE firms raise has to be deployed somewhere, and leveraged buyouts (LBOs) are a popular strategy. The way an LBO works is, PE firms raise debt by using the company they are acquiring as collateral, they put up just about 10-20% of their own capital. Since debt is cheap, the idea is that this leverage can be used to generate high returns. All this is in theory but in practice, this works in a much different way.

But most LBOs rarely debt, the companies just drown in debt, unable to pay it back. These companies are then forced to fire employees, resize and eventually just fail. But the PE firms would’ve stripped the companies for parts sold, and they would’ve made their money in fees which are usually 2% of the assets (AUM) and 20% of the profits. Here’s a nice article on the destructive effects of private equity. 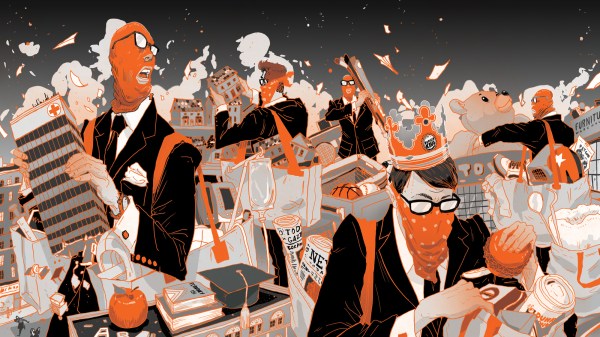 Billionaires are looting the country, leaving everyday Americans to clean up the mess—and fight for the scraps. 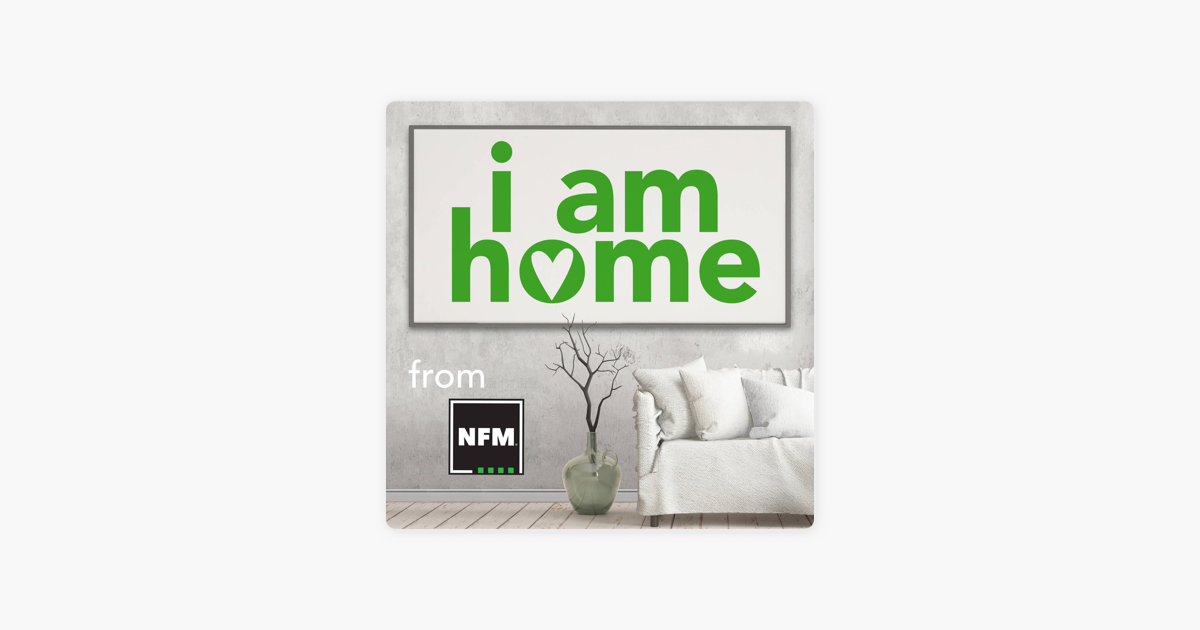 ‎Show I Am Home podcast, Ep Lunch With Warren Buffett, Working for Berkshire Hathaway, and the Future of Investments With Ted Weschler - Apr 26, 2022 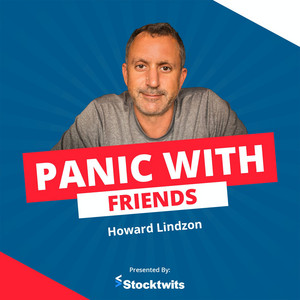 Marc Rubinstein of Net Interest on the Fed, Markets, Fintech, and the Economy...

Listen to this episode from Panic with Friends - Howard Lindzon on Spotify. I went a little selfish with this episode and geeked out with a super smart person on the Fed, the markets, tech, fintech, lending and the economy. I’m talking with one of my...

So what have you been reading, listening, watching to? Share below