The combined marketcap of all cryptocurrencies hit $ 3trillion. All this is just under a decade, that’s just crazy. Forget decade, 95% of all the growth has come in the last 4-5 years.

James Bianco, who is a really good macro watcher had shared a bunch of interesting charts on Twitter. How tokens have evolved For context, the total marketcap Obviously, the most interesting thing to watch out will be how regulations shape up, given that this is now a $3 trillion asset class. There’s no putting this genie in the bottle. The other interesting bit for me will be how this interplays with the traditional financial system. Meaning, can crypto take away volumes from traditional stock exchanges? @nithin kinda hinted at this recently. 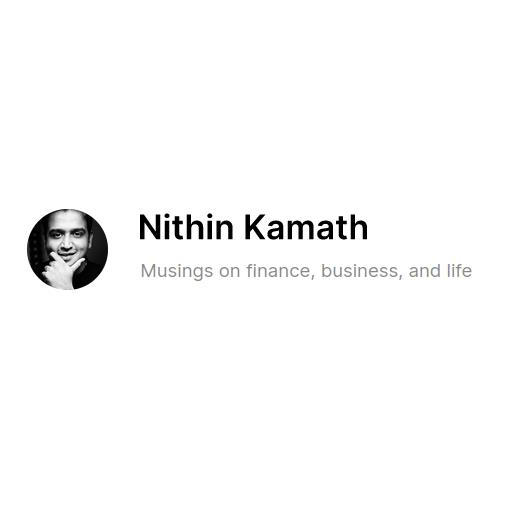 Who can disrupt new-age online brokers or even exchanges? - Nithin Kamath's...

I get asked often, who out there do you think can disrupt the new-age online brokers or even exchanges... The SEC recently approved the first Bitcoin ETF—ProShares Bitcoin Strategy ETF ($BTO)—with futures as the underlying, It already has $1.2 billion in AUM and $400+ million of dollar volume. So, crypto has clearly crept into the intersection of mainstream finance. Coinbase, which recently listed is now $70 billion company Are you investing in crypto currently?

If Yes, which token are you investing in?

What are your thoughts on crypto? 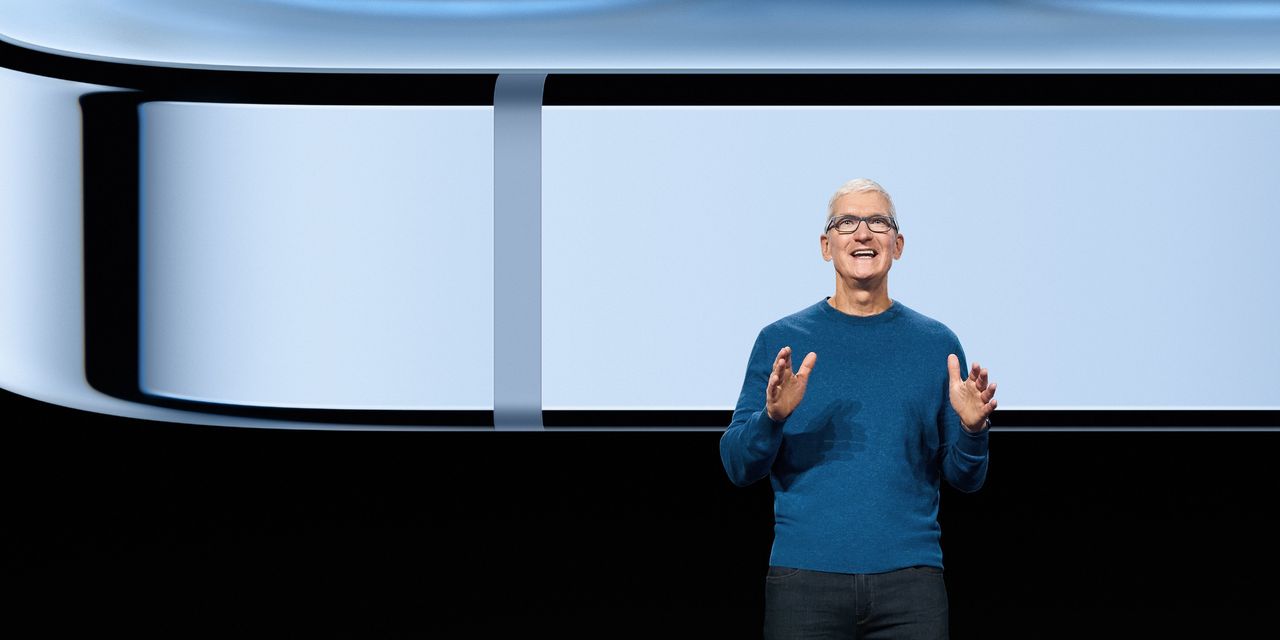 Tim Cook Owns Crypto, but Apple Won’t Invest Its Cash Into It

Apple, the most valuable company is also looking into crypto.

Hard to estimate but probably $4-$5 trillion Crypto’s are here to stay. A very recent thread I wrote on Twitter -

If you are among the one’s who believe Bitcoin is a ‘bubble’ or a ‘digital tulip scam’ but the technology behind it - ‘Blockchain’ is the real deal and is the future of where Technology is headed, this thread is for you

Lets understand what’s Blockchain. If you are familiar with Torrenting movies & tv shows in your dorm room, then you are already exposed to the building blocks of Blockchains in a very primitive form.

Remember there can only be one sequence to put together these million pieces, else the movie won’t make sense & becomes a corrupted file, which is of no use

But why go through this instead of hosting as a single file on a single server? Hosting costs money & if server fails the file is doomed. Hosting on millions of computers virtually means there’s zero downtime and costs next to nothing

If you can relate and understand this, you already understand decentralisation. Now imagine instead of just torrenting movies, you do everything this way. That’s what Blockchain enables

Blockchain does this in a very elegant and secure way, remember the ‘particular sequence’ part in torrenting, that’s called a Ledger.

A ledger is a sequence of live data which cannot be tampered with, because the ledger itself is decentralized and hosted on million devices.

So if a bad player decides to tamper the data, he has to know which of the millions devices has that particular piece of data and change all of them at the same time.

Let’s assume he manages this humongous feat somehow, now the moment data is tampered the block won’t get validated because it is compared with other millions of devices which are hosting the OG data. All the trouble of tampering for nothing

How the hell does it affect my day-to-day life? One obvious use case for this is Finance, a decentralized ledger takes away the systematic risk involved in Banking.

Bitcoin is just the tip of the iceberg. A proof of concept at best. The value it holds is due to its early mover advantage and being the poster boy of Blockchain for a decade. It may scrape through and go the Gold’s way due to this

Smart Contracts are the real deal in Blockchain. It is like a regular contract where if a set of agreed upon conditions are met the contract gets executed. Ethereum pioneered Smart Contracts.

Now make this contract decentralized, you get a incredibly powerful system of validating literally anything. A housing loan, insurance, p2p lending… you get the drift.

If you have made this far, kudos to you! The various Coins & Tokens you hear today are solving one or the other problems. But it is still early days, more like 70’s internet. Where just the utilities are just getting built

Like every technological advancement, there are dark sides to this as well. Shitcoins or Blockchain networks promising something and vanishing is one. Stay away. Knowledge is the only hedge to become wealthy Look out above how massive the bitcoin market cap is compare to altcoins
Its still undervalued in my opinion
Bitcoin is scarce there will be only 21 million bitcoins available after its fully mined
That is 2 crore 10 lakh if we see global population it is a scarce
In the future we will talk about satoshi and not bitcoin 1 satoshi 0.00000001 of bitcoin

A coin can be deflationary (Btc) or inflationary (Eth), but the real value lies in the Utility. Bitcoin is the flag bearer no doubt, but Ethereum, Cardano, Solana, Polkadot, Tether etc.,. serve far more utility (DApps, DeFi, DeEx etc.,.) which will go on to become the backbone of web3. Bitcoin as I see can be a store of value like gold and nothing else.

It will be 2150 , almost 130 years from now when all the bitcoin will be mined. So till then it will not be that scare as its hyped to be. Yes , Real value lies in the utility and currently the utility is very limited . Now its just speculative phase but it will be soon have real usecases as lots of gvt will come up with regulations on Crypto use.

Just tell me one advantage of Bitcoin over traditional currency

Crypto is as good as the fiat currency it demands, once central banks stop the exchange , everything goes to zero

So till then it will not be that scare as its hyped to be.

7 billion people on the planet and 21 million bitcoins calculate for yourself.

Great Read! Thanks to all.

I hope this thread get more traction.

Anyways, do you guys think there is some “fundamental analysis” for coins? I mean it cant be that they are all competing with each other, right? Is Invesco's new fund a foot in the bitcoin door?

The FoF will feed into an Ireland-domiciled ETF, which invests in a mix of crypto-related and tech companies

when all the bitcoin will be mined

What exactly will happen when everything’s gone ?
(idk anything abt crypro

And… this is for bitcoin, what about others, like how much coins are available ?
And… What exactly will happen when everything’s mined ?

So roughly every four years the reward for bitcoin miner reduced to 50% percent this process is called bitcoin halving.

If reward for mining will become low why would anyone mine ? If no one mines how will the network sustain? If miners are less than time to transact will increase may be it will take 1 day to verify the transaction by the network. Than other crypto takes over, It will fall in the vicious circle i think. I am not an expert please enlighten !

If reward for mining will become low why would anyone mine ? If no one mines how will the network sustain?

There will be also the time when bitcoin miners wont get rewarded with BTC after all the bitcoins are mined around the year 2140.

So the question arrives who will maintain the network and confirm the transcations on blockchain if they wont get rewarded?

The answer is miners will be rewarded with fees for processing transactions that network users will pay.