TradingQnA Book Club: Damsel in Distressed: My Life in the Golden Age of Hedge Funds

Hey folks, we started TradingQnA Book Club back in December and received a great response from all of you. Though, this slipped off our minds for some reason, and were unable to follow up with the next book. Going forward hopefully we’ll be able to pick one book every month,I think this should be enough time for anyone to finish the book even with a busy day-to-day schedule

This time we’re planning to read Damsel in Distressed: My Life in the Golden Age of Hedge Funds by Dominique Mielle. She is the former partner and senior portfolio manager of Canyon Capital hedge fund. This book is on Dominique Mielle’s journey in the Hedge Fund world, which is often termed “a boys club.”

Over the span of two decades, she rose to the top of the firm as the only female partner and senior portfolio manager—in what became one of the largest hedge funds in the U.S. Damsel in Distressed explores the inner-workings of hedge funds while exposing what it takes to succeed as a woman investor.

Hedge funds have this mystical aura about them as these shark-like investors who make a ton of money because they have access to all sorts of data and information. I think this is in part due to the TV and movie representations of hedge funds. Some of that reputation is well deserved. Some of the trades by hedge funds are the stuff of legends, like Michael Burry’s big short of subprime mortgages, Jim Chanos’ short of Enron, the unbelievable track record of Jim Simmons etc. On the other hand, there have been countless blowups, most notably Long-Term Capital Management (LTCM) and most recently Melvin Capital which had to shut its fund after being short on GameStop.

Having said that a lot of hedge funds tend to be boring. Hedge funds have exploded over the years and there are thousands of funds across the world managing trillions. In India, they are still pretty nascent. Indian hedge funds are called as Alternative Investment Funds—Category 3. The way they’ve evolved over the decades is fascinating, and getting a first-hand account from a former hedge fund manager is bound to be fun. So grab your copy and keep updating your progress and share your takeaways here for discussion. 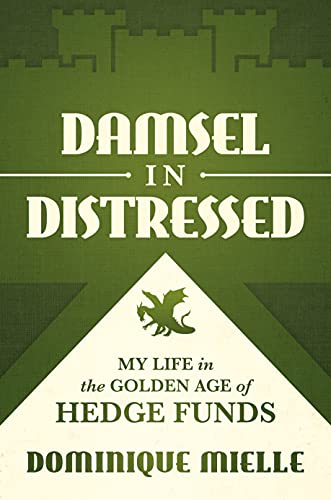 Damsel in Distressed: My Life in the Golden Age of Hedge Funds eBook : Mielle,...

Rules of the book club

We all know that reading is one of the best ways to increase your smarts, learn new things and grow personally. We all have a long lists of books we’d like to read and most often that not, the list gets longer and the books we finish reading shorter

Or at least, that’s been my experience

I nvr had this habit of reading books

wish me luck … I’ll try to contribute as well

Loved reading the first chapter. People who have just had their first job after college would find this chapter very relatable.

On Conflict of interest between bondholders and stockholders

How Companies and people have lot in common

Companies, just like people, go through phases - They grow, mature, they partner up in a merger, they fail, re-emerge and age with various degrees of Grace.

Studies which show how women are more risk averse than men

Good Investors do not relish risk for the sake of it. Rather, they tolerate risk.

Risk tolerance is a skill, like financial analysis, that you learn and refine. It is a muscle that you exercise and stretch. It is no different from Physical endurance. What matters is how you quantify and the amount of return you garner per unit of risk.

Just started with this book today, the title is very wattpad-ish until you realize it’s about hedge funds!

Dominique entered Canyon Partners at the worst time, the capital market crisis was in full swing, Dow Jones, NASDAQ down, Asia was in currency meltdown, Russian’s economy slowed down, inflation was at a all time high but her enthusiasm to work was chirpy. I mean who wouldn’t be, the firm was managing a billion dollars worth of assets.

Her previous work with Lehman Brothers seemed to be as bad as, if not even worse than the present situation.Working long hours, weekends and even during state emergencies! It seemed a lot of work for very little credit.

At Canyon, she had the opportunity to make creative decisions & investments that could possibly change markets, all this while she had no clue about investing at that time! Thrilled to see how this turns out.

Chapter 4 is where it gets interesting. Hedge funds usually hold large sums of money from HNIs, investors, insurance companies, banks etc and they charge a premium for managing the investors money and for the strategies that they use to invest it. Money stands out. Imagine, the first person to exceed an annual income of 1 billion was a hedge fund manager, that too in 2004!

The way she explains how the fees is charged is also simply yet startling.

Management fee at 1-2% of the assets they collect & invest and performance fee at 20%(!) on the profit they produces. At this point, you don’t even have to make profits, just managing a huge asset size will earn you a good fee.

Like she mentions, according to a study conducted in 2009 by Bing Liang & Christopher Schwarz, that the primary objective of hedge fund managers is to hoard assets. Hedge funds, more like hoard funds

this is great initiative you guys have started…

Wonder why we, in India, dont have so many investors who start out very young btwn 16-20 … @nithin is there any particular reason for that? how can we do better in this aspect

Wonder why we, in India, dont have so many investors who start out very young btwn 16-20 … @nithin is there any particular reason for that? how can we do better in this aspect

I guess to start young you need to have some exposure at home. The reason this is so much more common in the US is maybe that the parents introduce kids to finance/markets very early. Almost everyone in the US due to 401k (PF in India) has exposure to stock markets. Also, people start doing part-time jobs quite early, so they also start earning and hence have liquidity to invest.

This was a nice read. First three chapters are a bit slow. They are more about author. Fourth chapter onwards is where you get insights into the hedge fund industry and it’s workings.

There are quite a few takeaways. Although the biggest will be on women’s participation in finance. Less female participation is accross industries but it was quite surprising to learn that hedge fund industry is so male dominated that there were single digit female hedge fund managers in industry

This is made even harder the way they are treated… I think it not just in finance but it’s in every industry. People are always sceptical about women’s being in charge of anything, despite them doing the job better than their male counterparts, some will always doubt their success.

In his case, Whereas leaving a high paying job in BCG and starting a small brewery business seems scary but is not dangerous as he says that the real danger is in wasting your life and not doing what u really want to do

The most important takeaway for me from chapter 7 is to have a simple allocation of 60% stocks and 40% bonds.

Is your allocations also something similar to this?

for real? nice but do you really follow that

I don’t believe in strict % wise allocation. Its very personal and personality thing. With very large personal capital 60% in equity is very huge ,MTM fluctuations would be huge and not easy handle

There is an interesting fact in Chapter 10 :

Author says that the continuous out-performance of hedge funds over index returns in US ended around 2009.

And one of the greatest, Warren buffett predicted the same thing in 2007 and even wagered a bet of 1 million $ that investor professionals cannot put toggether a portfolio of hedge funds which would outperform index over a period of 10 years…

You know what was the reason he attributed for this prediction ? - He says it is due to the fees that these funds charge …he said in 2005 shareholder report that the massive charges that these helpers charge woulf leave their clients worse off than amateurs who simply invested in unmanaged low cost index fund